The KSV NIMA Surface Potential Sensor (SPOT) is used for determining molecular orientation changes in Langmuir films. Together with the surface pressure sensor included in all KSV NIMA Langmuir and Langmuir-Blodgett Troughs, it gives an in-depth view of the Langmuir monolayer interactions. 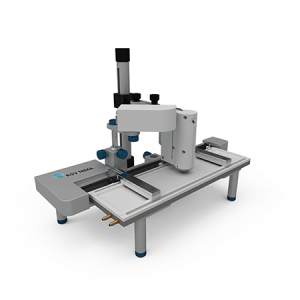 The KSV NIMA Surface Potential Sensor is recommended for use with a KSV NIMA Langmuir, Langmuir-Blodgett or  Microscopy Trough to enable combined surface pressure and surface potential measurements. The SPOT can also be used with other troughs together with a KSV NIMA Interface Unit.

Back to Analytical Systems